Cool Blues is really cool: at the New Federal Theatre

I'm not sure I understood it all, and I'm not really a big Jazz History buff, but this play is definitely worth seeing. The story itself is about a Jazz Saxophone player called B -- who was actual name was Charlie Parker (Marcus Naylor), and his extraordinary talent.

Set in the 1950's, the action primarily takes place in the apartment of his wealthy white friend Baroness Alexandra Isabella von Templeton, known as Xan (Terria Joseph). Their friendship is unconventional for the time and the differences in social position is touched on. Some of the messages were typical addressing the idea that Blacks are not afforded the same opportunities as whites and therefore should illicit some sympathy - which I find to be a tired story. But that was only addressed as necessary for this story that took place in a very different social and political time than the present.

The play focused on a man who'd had success in his art. B takes the audience on his journey as he reviews his life (through memory sequences and visions) as he comes near death; evaluating what he had accomplished and what he'd lost along the way and even dreaming of what could be.

The memory sequences worked well. I very much enjoyed those that incorporated his friend Bud Powell, Jazz Master Pianist (Played by the talented Jay Ward - Pictured below). 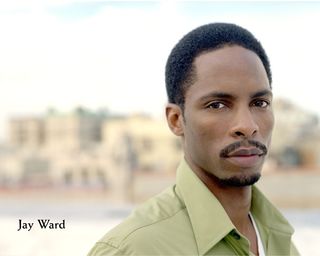 Mr. Ward's performance of Bud Powell from a vibrant talented young player, to the man he became later in life when he suffered from schizophrenia is moving and heartbreaking.

If you love Jazz, are interested in that era, and the lives of these Jazz Greats, COOL BLUES is a play to see. 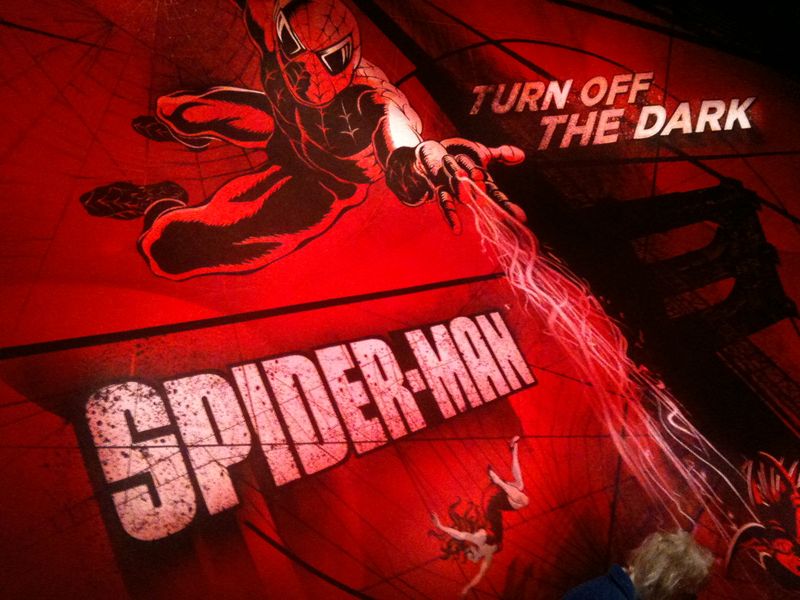 We all know that SPIDER-MAN on Broadway has been having some trouble saving the word from villains without injury. It's most definitely a complicated production - but that makes for a fantastical experience.

True, Julie Taymor was fired this past Wednesday...and replaced by Phil McKinley (THE BOY FROM OZ) and Roberto Aguirre-Sacasa to re-write and revise the show. But that made seeing it now even more fun, so I went to see the Spidey Julie was fired from.

Despite complaints that the story sucks and songs are far from what one would expect for a true American Musical Theatre piece...it was a wondrously entertaining experience.

The word "awesome" comes to mind. The amount of stunts and effects that are incorporated into this theatrical event is overwhelming. It's not so much about the story or music as it is about creating a different world for the audience to live in for 2 hours and 45 minutes (which is a little exhausting with all the simulation).

It's all about the special effects. I can best describe this production as a mixture of a living comic book, Cirque Du Soleil, a rock concert and Step Up 3 Final Battle. And to top it off, because of all the press regarding the injuries sustained by the actors during SPIDER-MAN's preview run, Fear Factor comes to mind. I was truly afraid for my life, watching Spider-man and his various girls flying over my head throughout the production - I could have been killed if a cable snapped!

Still, you would think that with all the money they are pouring into SPIDER-MAN, they could have done a better job hiding the cables...LOL. But seriously, sight-lines were horrendous and a big distraction for me during the show. I was sitting in the 7th row - prime seating (in fact, it was the seating reserved for press so it should be the best in the house) and I could see everything they were doing off stage left. This took me out of the story and annoyed me greatly.

The other problem I had as a viewer was that there is so much happening at one time that sometimes - like when Spidey is flying over me to the back of the theatre, or when several different actions are simultaneously occurring on numerous levels of the elaborate set - I didn't know what to watch to stay with the storyline. I believe it is the director's responsibility to insure that the audience can follow the main action and know where their eye should go at any given point in the production. In this way SPIDER-MAN failed. I think I even missed him saving the world because there was so much happening at once...

But the highlights were truly HIGH lights - the costumes were magnificent, but we knew they would be with Julie Taymor on the clock. And some of the sets and illusions created with the use of imaging combined with physical set pieces moving were brilliant. They brought a two-dimensional comic book world into three dimensions.

And the dance numbers were fantastic! Especially, the initial Arachne number with the set weaving in concert with the dancers behind her. And the "Pull The Trigger" dance with the solders - that was amazing.

So to sum it all up, if you don't really care about the story and don't necessarily want to hear great music but you want to have an experience like none other on Broadway, SPIDER-MAN: TURN OFF THE DARK is definitely worth seeing.