Home About Archives Subscribe
Where's Red been?
The Heiress on Broadway ends with success 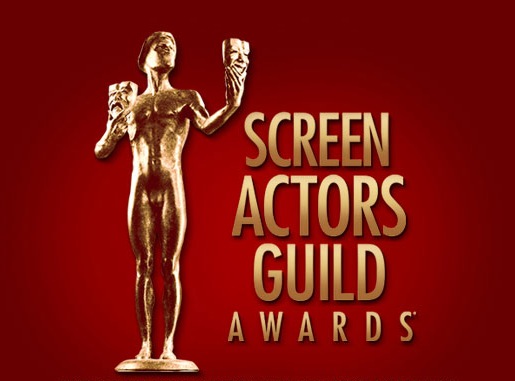 I voted, as all of us SAG members did, for the 19th Annual SAG Awards, aired tonight. I've listed the nominees below my words of wisdom.

Most of the ones I picked, as you can see, didn't win. Just 2 of the total 15 winners, and none were individual actors. Oh well!

Still, I'm more than pleased for the lifetime achievement award went to Dick Van Dyke. I would have definitely picked him. He rocks! He's still handsome, and in great shape at....I don't know what age (kinda like me). I love that he said that we (actresses/actors) have found a business where we never have to grow up--which is why I love it!! I'm never going to grow up!

Best Speech goes to: Jennifer Lawrence talking about the naked statue, who doesn't love that the SAG Award is exactly that! Plus, she was so gracious with her genuine gratitude to her acting colleges, who she's always wanted in the company of, "and some of you actually voted for me."

Although it was a very exciting night, I must admit that I was disappointed with some of the nominations, and discouraged that there were some very important and talented people left out.....which I suppose is always the case.

But there was one sheer talent that wasn't nominted, and cannot figure out why. Was he overlooked because he's a kid? Is it because they couldn't decide if he belonged in the Best Lead Actor or Best Supporting Actor category? I'm not sure, I only know that the best performance by any actor that I saw this year was by Tom Holland, the14-year-old child who played Lucas in the movie THE IMPOSSIBLE. If you haven't seen it, you must. He's amazing, and should have been nominated. The movie itself is beautiful, and horrific, and moving. It has everything we expect when we want to be swept away in a story...pun intended.

Anyway, maybe next year more of those deserving will be nominated, and maybe I'll pick more winners.

In the meantime, congrats to all the winners, nominees and other actors that have not yet been recognized by such accolades. All your hard work and talent is much appreciated by everyone -- actors, actresses and consumers of entertainment. Thank you!