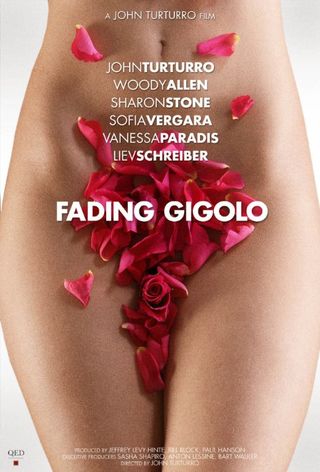 Fading Gigolo proves that it's never too late to make someone happy. John Tuturro's daring, yet tender, comedy is opening on April 18, 2014 in a theater near you.

Shot in The Big Apple, this film has that good ol' New Yorky feel about it. Focusing on the Hasidic community, we are brought into a world that seems stuck in a different time with all its beautiful traditions. When Fioravante (John Turturro), a flower-arranging lover, steps into this world at the encouragement of his friend Murray (Woody Allen), the oldest profession meets age-old customs . . . and everything is seen from a different perspective. 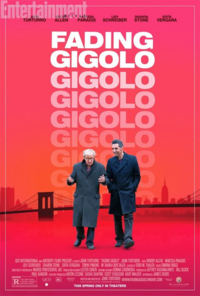 With Woody Allen acting in a movie he did not write or direct himself, we are blessed to have him on the big screen again -- bringing his neurotic, lovable energy into the mix while John Tuturro plays it straight.

Vanessa Paradis (Avigal) lights up the screen with her beauty and sincerity, while Liev Schreiber (Dovi) is believable and endearing in a role that is both tough and vulnerable. But things get really hot when Sofía Vergara (Selima) and Sharon Stone (Dr. Parker) show up in the story.

Watch the trailer and see for yourself.

Push play to watch trailer if you cannot view video.

I had the pleasure of working on this film. Filled with sex, scandal and sentimentality, it's right up my alley, right?