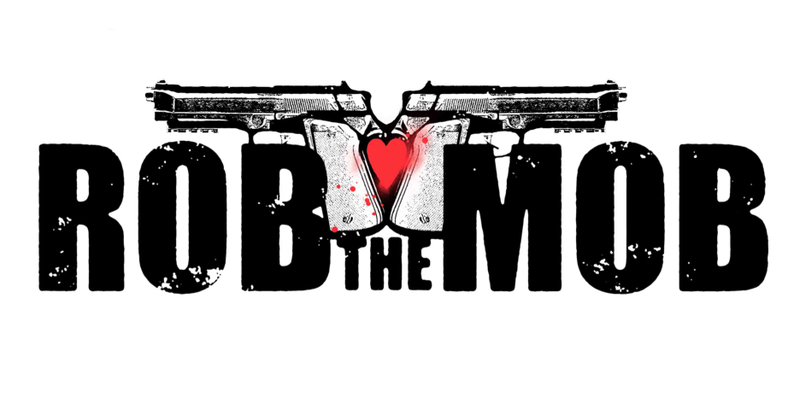 If you love Bonnie and Clyde, you'll love Rosie  and Tommy ! Based on the true story of Thomas Uva and Rose Marie  in the 1990, Rob the Mob is a love story about a daring young couple who just wanted to find the best way to make a buck. When Tommy (Michael Pitt) and Rosie (Nina Arianda) take the mob by storm (uzi's in hand), these two lovers are the kind of criminals we love to love. Steeling from Gangsters, they stir up a lot of trouble for mobsters, while getting caught up in the celebrity of it all, they find themselves in the middle of an FBI Mafia investigation.

I loved working with Tony Award Winner, Nina Arianda again, I worked with her last year on The Disappearance of Eleanor Rigby (not yet released). She also happens to be a graduate of my alma mater, American Musical and Dramatic Academy (AMDA). Watching Nina bring Rosie to life with such sexy spunk was a thrill. (Nina, I adore you!) Michael Pitt, also fun to watch work, played Tommy with a hint of naivete under his tough exterior. (Michael, or should I call you Tommy -- I hope you still have your hat. HA!) Together these two build a world of adventure that is filled with comedy and romance.

Other great talent that make this movie of mobsters come to life include: Andy Garcia, always a dapper gentleman (who I worked with before on City Island with Director, Raymond De Felitta, and Costume Designer, Tere Duncan) and Frank Whaley, always full of quirky fun (with whom I worked with on his movie called New York City Serenade).

Rob the Mob does not yet have a release date, but it will have its World Premier in March at the 2014 Miami Film Festival. Keep posted on the latest news about the movie on the Rob the Mob Movie Blog so you don't miss this adventure when it comes to a theater near you!

(Side-note: Another film I worked on, John Toturro's Fading Gigolo, will also be presented at the Miami Film Festival before its release date in April.)