The Disappearance of Eleanor Rigby

I've been waiting for this...The DIsappearance of Eleanor Rigby: Them 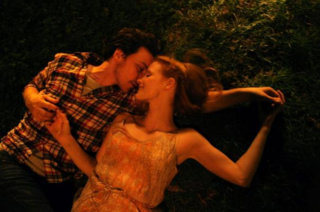 Two Years Ago in the Summer of 2012 in NYC, I worked on a production called: The Disappeaance of Eleanor Rigby -- a story about the relationship between Conor Ludlow (James McAvoy) and Eleanor Rigby (Jessica Chastain). At the time of filming it was shot as two separate movies: Him and Her in order to convey on film how two individuals in relationship's often have very different perspectives and experiences of each other and the relationship itself.

It was fascinating, and mind-bending, to work on this film because each scene was shot twice, once from Conner's perspective and once from Eleanor's. A lot of thought went into every aspect of these scenes -- from costumes, to camera angles, lighting, acting choices of actors involved -- so that the differences in both characters' perspective was clearly conveyed.

Ned Benson, is a dream director, creating a film set that was fulled with heart. Everyone involved, cast and crew, producers, were to die for. In fact, I can safely say, that this is one of my favorite movies that i've worked on through the years. Each one of us was committed, and eager, to create a new way of telling a story that took both sides.

In September, 2013, both the Him and Her versions premiered at the Toronto Film Festival (TFF).

(Below is the video interview published at TFF with writer/director Ned Benson and stars, James McAvoy and Jessica Chastain about his concept of telling one story from two perspectives.)

By the time The Disappearance of Eleanor Rigby got to Cannes in May, 2014 there was yet another, third version of the film. This new version took footage from each of the separate Him and Her versions to make a single film that showed both perspectives in one move (tagline: Them). It did very well at Cannes and will be released in the US in September, 2014.

Be on the lookout for this unique film that shows both sides of being in love. I can't wait!