I didn't post on the anniversary date of the attacks. But instead, I watched as mourners put flowers in the memorial and the names of the victims were read, one by one.

There were 4 moments of silence in New York, one to mark the time each building was hit and one at each moment when each building fell. I thought about not only my City but of the victims at the Pentagon and the heroic victims in Pennsylvania.

I did not lose anyone personal in the attacks and I was out of range of the planes myself. But - as it is with most Americans - the tragedy and the fear that took our nation that fateful September day still hurts. And remembering that both hurts and warms my heart.

It hurts my heart, because we should be able to go about our day without experiencing the fear and loss of being attacked out of no where - that fear will remain with us forever. And we grieve the loss of a safe world, the loss of those who will now grow up without a parent, spouse or child because of the anger of others who were misguided as they crashed our planes into buildings. As Americans, we thought we were somehow immune to this kind of terrorism. But we are not. Even 9 years after that sunny Tuesday in September of 2001, we remain diligent in our watch so we can feel at least the illusion that if we watch our backs we'll be safer.

And, it warms my heart because out of this came an appreciation for each other as vulnerable fellow human beings. Along with this, a tenderness toward those who had personal losses, loss of hope, and for those who risked and lost their lives coming together to try to help others; this tenderness towards others is now part of who we are, drilled into our collective psyche with a violence from which we could either run or embrace.

They say that by 2011 (Ten years after the attacks) we will have a memorial and office buildings built up on the grave-site of our heros and victims where the Twin Tower once stood. But for now, in New York we have the lights. They illuminate our skyline honoring the dead and igniting optimism for a safer, better future. 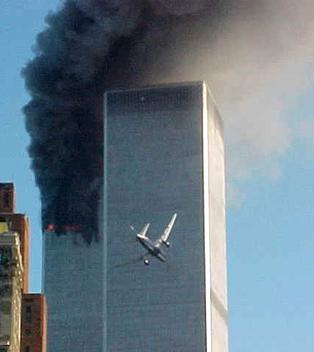 I remember exactly where I was when the first plane hit the first Tower, then the second, and then the Pentagon, and then the crashing plane in PA. I think everyone who heard about it but wasn't next to it, and perhaps those who were, felt like they were in a dream like state...it simply couldn't be real.

These attacks, changed how we live - we're now willing, without question, have our  bags searched when riding the subway; we gladly give up the right to carry certain items onto plane flights and we come together to watch and help each other when danger could be close because we understand that we are all potential victims of catastrophe. And we do this all this without question, because the aftermath of 9/11 made us know our own vulnerability and appreciate our strength in ways we never had to before. 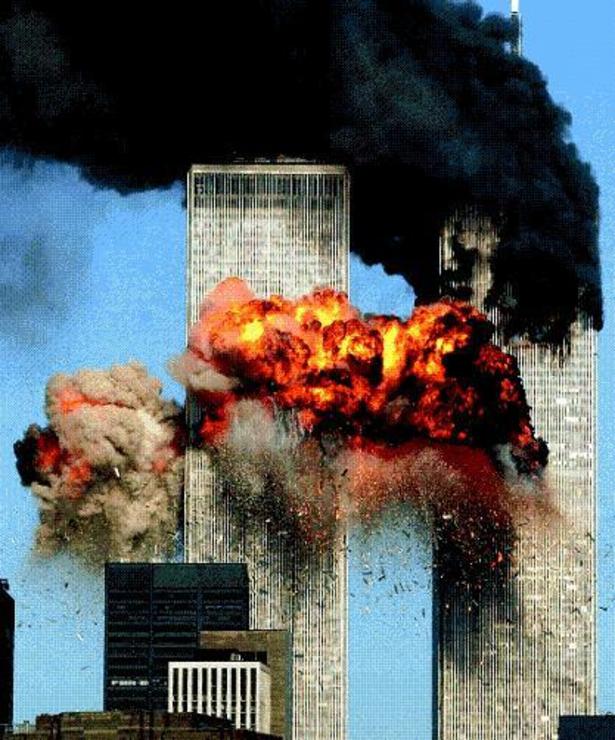 But it also changed our psych as a people by created a prescient for this kind of tragic human experience in our own back yard. Our children will not grow up in a world that doesn't know a time when the reference "Ground Zero" had nothing to do with the World Trade Centers. They will not know a world without these images. And youths in cities will never know a life without the expectation that it's part of being in the human community to tell someone if you see a suspicious package in order to keep others safe. Or that to have someone search our bags for possible explosives or weapons was once considered a violation of privacy. Or a world where we were the country who's national soil was free from great civilian losses due to international terrorism. For them, living with this is part of life as it's always been. But for those of us who lived through it, it was the end of the world.

After September 11, 2001, I reconnected with people in my life that I'd forgone communication with for one reason or another. I don't think I was alone in feeling that now was the time to honor those throughout my life who had been important to me, no matter what had transpired to separate us. It was a time of feeling helpless, where I would spend my days at the Red Cross, volunteering my time just to feel some sense of usefulness in the healing of a nation. And a time to reevaluate how we treat those we love and those we disagree with. 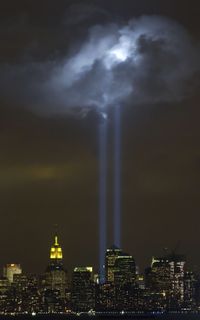 In New York today we remember the what happened in our City. The 9-11 Lights shine brightly into the night where the World Trade Towers once stood, honoring the victims and all of us who were changed by this. It's a day to acknowledge our heroes; both those who, for no other reason than it was their job, lost their lives walking up hundreds of flights of stairs in an attempt to get to those who were trapped; and those civilians who volunteered for the days and weeks that followed, to go through the rubble of ground zero to see if there were any survivors trapped below.

And today I honor all, around the nation and around the world, that did what they could and do what they can to continue to inspire us all to come together united in our strength as people who value life and freedom.