I've been MIA from my blog for a while now. But now,  with all  this time at home during the Corona Virus Pandemic, I thought maybe I'd do a little blogging again. For now, I'll start with a video song I made to inspire during this weird and difficult time!!

**This video is dedicated to all of the Front Line Workers who risk their lives every day & fight to keep us all safe and well.

I have a special treat for you!

While working on a film called Valley Inn this summer, I spent the entire month of July in Arkansas. I never could have imagined that Arkansas is so full of excitement. From the "Sale Barn" (where they auction off live cattle), to the Rodeo of the Ozarks (where they take them down), to the Little O' Oprey in West Fork (where country music lives) -- I had so many new adventures, I can hardly count them all.

Watch this Video, so you too can capture a bit of the fun and magic of this amazing culture, which I was lucky enough to be a small part of this summer. Arkansas, I love you!

Yes, ya'll, that's me singing and yodeling like the country music star I always wanted to be!

The sound on my video is from my friend Brooks, who filmed my performance on his iPhone. The actual video from his phone was blurry so I added my own video to his sound -- most of which was taken on my iPhone -- isn't technology grand.

My costume only looks so good because Leslie Pennel (co-costume designer for the Valley Inn film), is a brilliant stylist. That girl is a beauty herself, and she can make anybody look good. In fact, she does so all the time with her own fashion designs called ESQUE. I'll be reviewing her beautiful designs an upcoming post -- be on the look out for that so you too can look fantastic. And remember what Red says, "It not how you feel, it's how you look that matters!"

The many other faces in my video are some of the brilliant people I met during my journey southward, I cannot name them all (or I'll have to kill you), but I will say....Here's my howler, Tausha!

Now, I have to take a moment here to shout out to The Little O' Oprey Band. An amazing group of talent, ranging in age from preteen to post-older, they are incredible and gracious musicians. Making music with them was my favorite time in Arkansas. I'm so honored that I could be apart of their show, even if it was just make-believe. I say that because I was only singing as my character, Marlene, for the Valley Inn film. Hopefully, the Little O' Oprey will have me back someday. In fact, they did ask for my number because they wanted to see if they could book me for some of their regular shows. I sure hope the fact that I'm currently living in Manhattan doesn't get in the way of my Country Music Career!!

When the  Valley Inn movie comes out you can see me on the big screen, playing the role of Marlene. She's the town tart, don't you know! What can I say . . . type casting. (To watch my video audition for Valley Inn Film CLICK HERE.)

That's all for now....but have no fear there will be more fun adventures to come! If you know me at all, you know there is never a dull moment in my life.

In the Dark: original song by Red

I invite you into my world of songs, where I share my joy, my music, my insights and myself. My first original song called "IN THE DARK" is now available on CDbaby and will soon be available on iTunes.
Use the link below to listen and purchase my music.

I wanted to wish you a very Happy and Magical Birthday! You know who you are and why I'm doing this here. You're very special to me and though we cannot be in each others lives the way we were, I'll always care deeply for you. May this year bring all the wonders you deserve!

"Far Away" Preformed by Red

Posted at 08:32 AM in Amusement, Magic, Music, Relationships | Permalink | Comments (0) 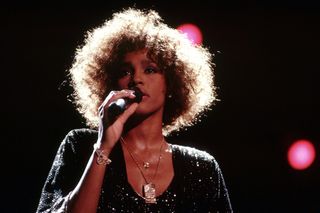 There are worse things I could do...

Tags: grease song, music, relationships, there are worse things I could do

A song I sang from the soundtrack of my life, which is like a movie...starring me. 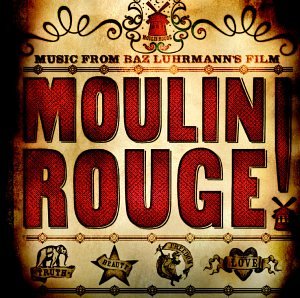 This is the love song from my favorite movie, Moulin Rouge.

So I had to sing a song...﻿﻿
Here I am standing with the Gays for equality, love and the right to be who you are without limits.

Posted at 09:16 AM in "Ruditude", Hooray for The Gays, Lessons for Limitless Living, Movies, Music, Philosophy, Relationships | Permalink | Comments (4)

We all win when we come together for the Olympics so I decided to do a special tribute with my version of the Theme Song...Enjoy